Or at least nothing your ear can pick up. It’s all about finding that balance for your computer. Stereo tracks are typically used for stereo mic situations or if a keyboard has a stereo output. The latency values for input and output both then went to around 18ms, but moving back to samples, the in and out latency now sits at 12ms input and 14ms output. It’s a Peavey Valveking 20MH. I tried restarting GB. I happen to have a DI box that I run into my interface as dry signal and through the DI into an amp for monitoring. 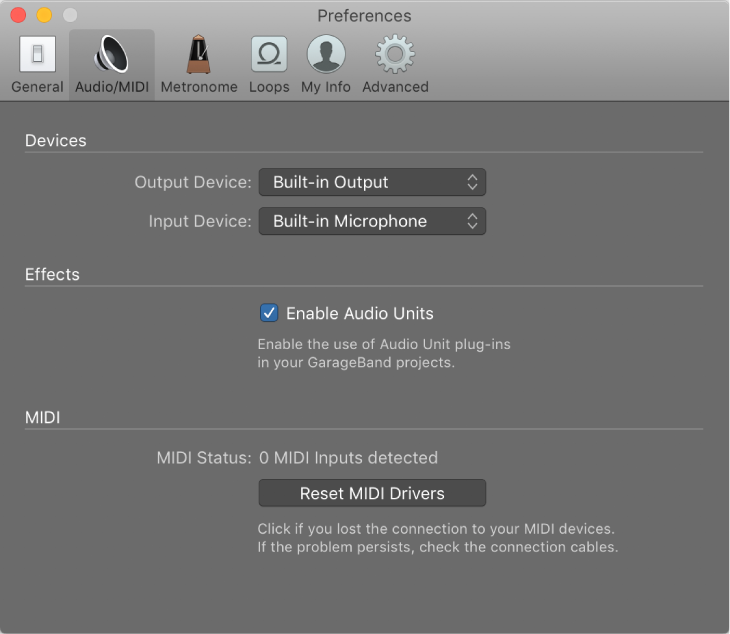 It seems to me like the input signal from the interface is getting mixed in with what the DAW processes. Then also do the same thing in GB if it also has a setting adjustment. My thinking is that the problem may be your USB output from your amp.

I can’t see a way to take the input out of the overall mix, it’s like the instrument inputs are getting mixed with the DAW output that returns via USB. Audio Codec Drivers are close but are generic drivers that most likely don’t offer all the capabilities and control settings the Amp manufacturer intended. I’m a PC Asii 8 user, and have been using that software for over 20 years. Then add the VI to the dry track for mixing and editing.

The latency values for input and output both then went to around 18ms, but moving back to samples, the in and out latency now sits at 12ms input and 14ms output. My interface is a Alesis MultiMix 4 http: The external Lexicon gives almost identical readings to the windows computers. Good luck with that GB setting! But that’s a decent chunk of change getting there! I always set it to the simplest configuration I can fathom.

ONE (iPad and Mac): Setup

If I had a 2nd USB interface I could presumably fix it easily but that feels a bit like overkill for a really obvious use-case! Originally Posted by Tadpui.

I have used GB with a simple Presonus interface with excellent results. This can make one device much easier to record a good result on than another, the USB interface may be better implemented resulting in lower latency. Then when you click on it, look everywhere for Buffer Size settings and go 32, 64 or Here are some videos on how to set up ONE with Garageband: How much will depend on several factors like your computer’s power, how much buffering your system is set to use etc.

How do you stop the latency?

My amp head has a USB out so I can plug into the computer. With a bass or electric guitar the dry signal just sounds horrible. The confusions I’ve got recently is that if I add FX in Garageband – say I play electric guitar or bass which really need modelling of an amp at least – I need to hear garagband monitored output from Garageband.

It will only pass the signal. The only sampling rate option this “Core 1” offers out is 48K.

I have no idea if Garage Band even supports using ASIO drivers, but somewhere in there, there should be a menu in the options that will allow you to choose which audio device you want garaggeband input and output. It’s not much more than the MultiMix 4.

Maybe Reaper or something?

VortexMar 27, Ten minutes convinced me it’s not a serious product, and designed for real entry level users. I too would think there should be some USB drivers specifically for that amp. KPMar 13, I’d contact Peavey and see what they have to say if you can’t find a driver on their web site. For low latency you need an ASIO driver. If specific drivers are causing issues, LatencyMon will indicate them.